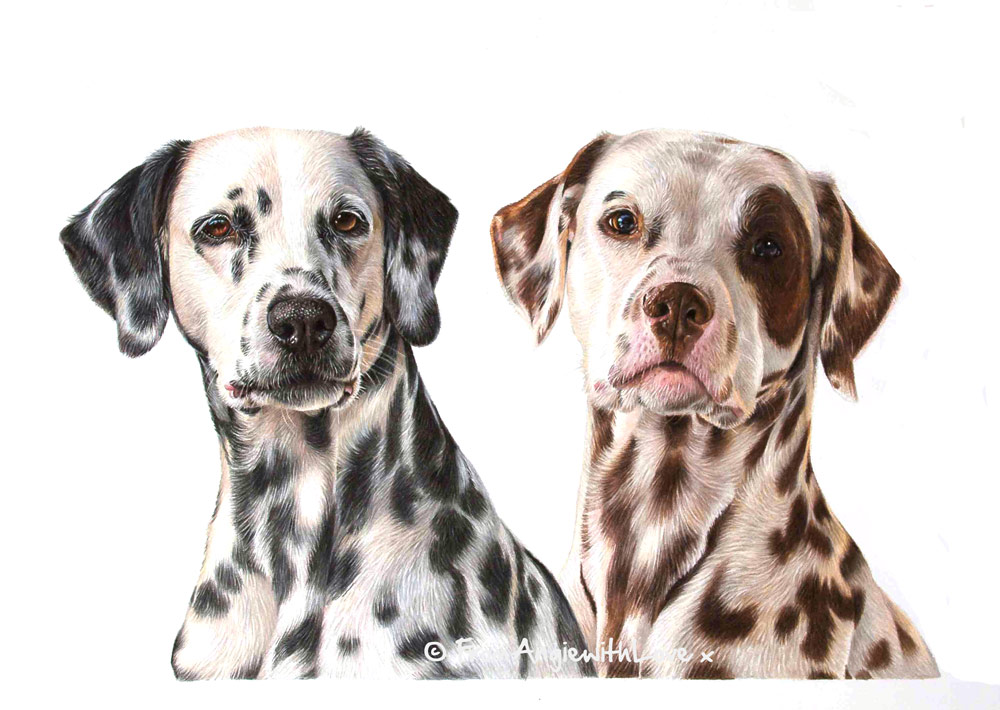 Siblings Jente and Simen are real Dalmations – they love to eat everything they can find, very stubborn, very active and happy, and often ‘selective’ as to which commands they hear! A lot of fun though, and the best of friends. They have the same mother and father, but are from two different litters.

Jente (Black/White) is almost 9 years old and she loves to cuddle, and follows her owners wherever they go. Now that she is getting a bit older, she sometimes is rather lazy but still loves to run and play in the garden.

Simen (Brown/White) is the puppy,  at 6 years old. He acts a bit spoiled (because he is!), and is carefree, because he knows his sister will handle things for him. She does the barking for him, so he can stay still. He has a good nose and loves to use it.

This the first time I’ve drawn Dalmations, and Jente & Simen were a joy to draw. Although the reference photos were taken at different times, the poses were similar so it has worked really well as a double portrait. They were good quality images, which gave me a lot of detail to work from, and include in their portrait

Today we received your drawing!! We are totally delighted in how it turned out. Beautiful, we can’t thank  you enough. 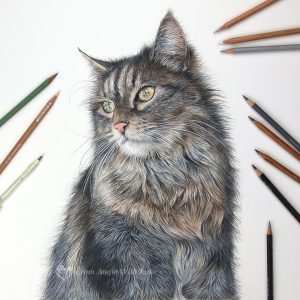 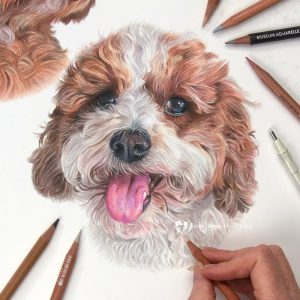 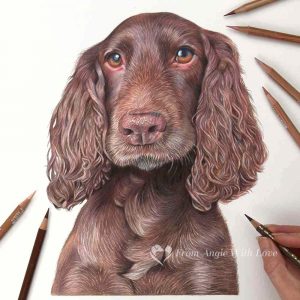